“Azaleas”are often used as symbolic gestures in art and literature  to interpret important thoughts to the readers, poets, viewers, people of art, to gain their affection. A way to express our love and devotion towards someone.

The flower azalea is the best expression to express emotions whether being love, sad, remorse, the metaphorical meaning of the flower is deep and complete in itself, that one can adore it for a lifetime, -“symbols of fragile love that can still fail to blossom and turn into something long-lasting”; “symbol of abundance and plenty”; “flower from the past.” “passion and feelings of attraction towards someone you like.”

“If you would go,
Tiring of me,
Nothing will I say…
Tread gently
On my azaleas
Where the path is decked…”
– Azaleas, Kim Sowol

We get this term while exploring the work of Kim Sowol, a modern-Korean poet, who beautifully emphasised love, emotions, kindness through his poetry and collecting it under the title “azaleas”- it is considered a poem with the spirit of self-giving and selfless endurance of a beautiful but desperate love based on the oriental notion of being resigned to fate at the same time.

Kim Sowol, a Beloved Poet of Korea. He is commonly called by his pen name “Sowol,” which he used for his published works. Despite his rather short-lived life of 33 years, he is considered a national poet who expressed the sentiments of Koreans through a most Korean-style voice, and conveyed the sorrow of Koreans and the agony of intellectuals during a dark period in Korean history under Japanese rule. With about 150 poems he left, Sowol and his poems have constantly been beloved by Koreans across generations.

It captures a plethora of emotions-feelings that could be spark of new love, anguish and despair for losing one’s beloved or about one’s nation and capture of peaceful nature-expressed in the rhythm tune of a children’s verse. It arouses the fundamental cycle of inherent solitude and sorrow, and the life and death of all creation through the flowers and birds in the mountains.

Most of So-wol Kim’s poems focus on the topics of life, parting and death of loved ones, and of loss of country. The poet especially dwells on the profound and willing resistance of Korea and its people who had not been able to stand up to the horrible tragedy that emanated from and was forced upon them by Japan. His poems are characterized by their emphasis on the negative and sad emotions of human strife that are revealed through various life situations. However, the poet instills in his works a sense of hope, elaborating on the willingness to transcend and overcome these trying and obsessively morose sentiments and situations.

It  gives dramatic configurations and gestures, thus allowing the reader to feel a more genuine sense of emotional expression. He also uses a conversational approach in his writings which, when combined with a cultural backdrop gives his poetry more realism.

There is evidently a lot to explore in his poems and a second read is always engaging it provokes to contemplate emotions underlying those phrases. Very aesthetically and creatively he frames the feelings of love and loss at same time, and the subject matter of his poems stands relatively unchallenging at surface, this rich essence is appreciative and frustrating togetherly and is also the source of his poetry which stands widely acclaimed.

On the surface they appear very simple and outspoken but when it comes to describing them, it is a hard task as one confronts the dilemma, how to enunciate the aesthetic qualities of a poem, making it akin to its original feelings, the articulation of both traditional and modern ideas.

There stands a wide legacy of his work being adapted and reformed in various ways and retold in numerous manner the most recent stands in the Korean sitcom “The King: Eternal Monarch” his verses are being captured. Many of the Korean Classical songs are written from his poems, even pop-version of the same have been created. His work is widely read around the globe and has been translated in various languages making it around more than 600 edition.The sense of rich knowledge of love and emotions are never so strong in poems as his works embody.

During the late 80’s and onwards many of his poems were used as songs and it made huge success records at global level.

Kim sowol, or dearly known as sowol, is one of the rare poets, without whom modern korean poetry can not be wholly understood. sowol poured his life, reality and desperation, unmasked, a feat that many poets aren’t able to. as his greatest work azaleas, depicts the confluence of oneness and separation, love and longing, all at once, the extremes meeting at some point in the words of sowol. He himself dwindled on extremes in his life, fame and destruction. his early life started with record breaking works and awards, whereas the late years of his 33 year old went in despair. the desperation, confusion and overwhelmed state all are depicted beautifully in his one and only collection- azaleas.

He has not been a favourite of critics, as david mccahan says, “literature as symptom,cause or cure”, sowol expressed the cause, the grief, the pain at best but he never looked for a cure. his most renowned poetry “melancholy laments, with beautifully constructed lyrics”. while his contemporary Kim Ok, the only literary figure who knew sowol more than his words, praises him for his determination to experiment korean in its purest form. While during the 20th century, most were experimenting foreign literature and style, Sowol continued with korean.

One thing sowol never became was forgotten, with various journals publishing his stories after he left seoul, awards after his death, books on modern poetry not starting without sowol and still azalea winning hearts. He lives beyond his time.

This post has been in written in collaboration with Harshul Singh, a hopeless romantic, searching the forgotten, rare gems of literature. Visit his blog for more. 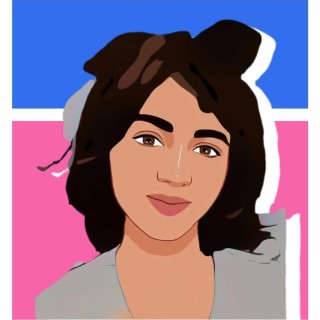